This is a presentation of Userland, an integrated dataflow environment for the development of end-user applications. This work stems from the observation of successful end-user programmable applications with proven industry track record, such as synthesizer software like Pure Data, the LabView graphical language and spreadsheets. Userland aims to replicate the dataflow execution style that sits at the core of those applications, and provide this core as a base for the modules written in scripting or systems languages that present themselves to the user as an inherently programmable application. In the current stage of the work, a base prototype with the core dataflow engine exists, as well as two applications: a basic spreadsheet and a Unix shell. The intention is that, by sharing a common programming paradigm and execution engine, these integrated applications will allow users to combine them in creative ways, producing functionality not originally envisioned by their original authors. 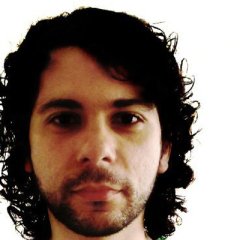