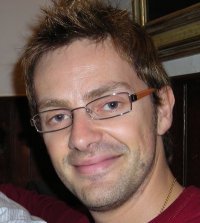 Mirko Viroli is Associate Professor at DISI, the Computer Science Department of the University of Bologna. He received his Laurea degree in Informatics Engineering in October 1997 and his PhD in Computer Science in April 2002, both from the University of Bologna. He has written over 250 articles (out of which more than 50 articles on internal refereed journals) on models, languages, methodologies and infrastructures for coordination, self-organisation, pervasive computing and IoT. His GoogleScholar’s h-index is 37. He is member of the Editorial Board of various Internal Journals (Knowledge Engineering Review, Mathematical Problems in Engineering), organised more than 10 special issues in International Journals, and was program chair of various ACM, IEEE, and IFIP conferences, including the ACM Symposium on Applied Computing (SAC 2008 and SAC 2009), IEEE Self-Adaptive and Self-organising Systems (SASO 2014), and COORDINATION 2015. He lead (for the local unit of the University of Bologna) various projects, including the european project FP7 STREP “SAPERE” (Self-Aware Pervasive Ecosystems, 2010-2013), under call FET Proactive Intiative: Self-Awareness in Autonomic Systems (AWARENESS).