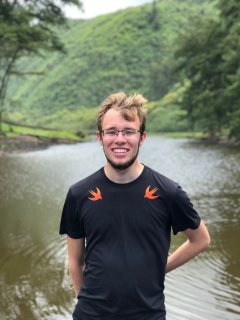 Currently, I’m a 1st year computer science PhD student at UMass Amherst, where I study programming languages and software engineering. However, I’m relatively new to Massachusetts, as I grew up for most of my life in California. For my undergraduate degree, I completed a double major in math and computer science at UC Davis. Meanwhile, I interned in industry for 3 summers, once at FileMaker, and twice at Apple, where I worked on the AppKit user interface library for macOS. After interning in industry I decided to pursue a PhD in computer science, and specifically programming languages, so I can work to drive the field forward in creating correct, safe, and secure software more easily.